We are here to support you when you need it most.

Worker recalibrates his career path through training on the job

A motivated worker rediscovers that feeling of accomplishment 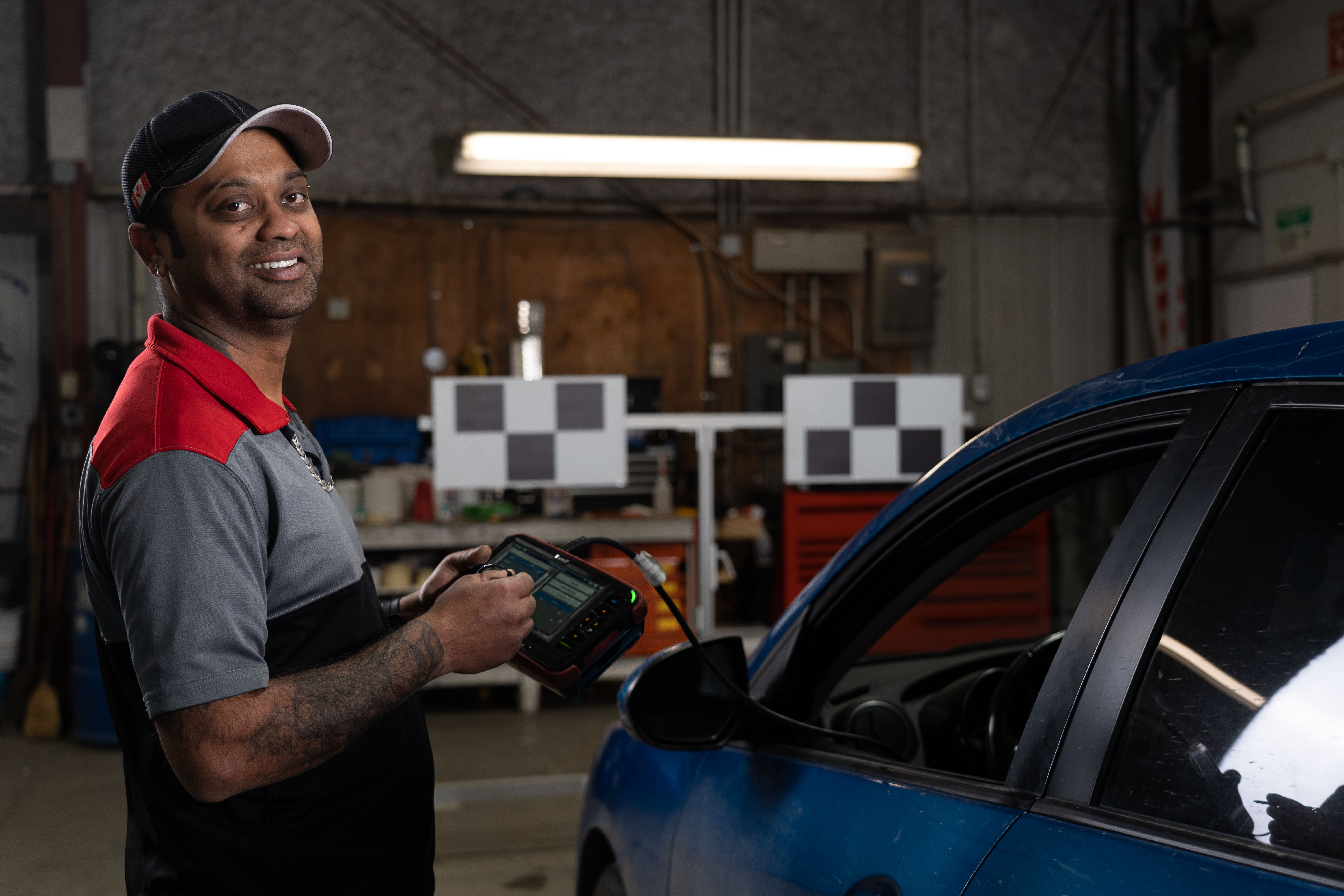 After a jobsite accident sidelined his career as a journeyman plumber, Nigel Bissoondatt wanted to find a new career path and purpose—and thanks to WCB’s training-on-the-job (TOJ) program, he’s helping to keep Albertans safe on the road.

While on a service call in October 2018, Nigel was operating a motorized auger to unplug a sewer drain when the auger’s cable began to bind around itself. With the tool being 70 feet down, Nigel didn’t know something was wrong until it was too late. Before he could lift his foot from the pedal, his hand and forearm were wrapped around the tool.

“Those tools don’t have an instant stop,” Nigel says. “I rolled on the floor with it until it stopped so my shoulder wouldn’t get ripped off.”

After two months of physiotherapy for his elbow, back and shoulder injuries, he was eager to return to working modified duties. However, a key part of being a journeyman plumber involves working with an apprentice, and while double-checking his apprentice’s overhead work, Nigel re-injured his shoulder. A physical evaluation at Millard Treatment Centre determined that he could not return to his previous line of work.

Nigel didn’t let this setback get in the way of finding a new, fulfilling career. He took part in training courses and explored job options in the security and customer service fields. When a friend told him about a potential opening for a recalibration technician at Crystal Glass in Spruce Grove, Nigel made his interest known.

A positive mindset leads to a new career

Nigel met with Ryan King, regional manager at Crystal Glass Canada. In his interview, Nigel shared everything he knew about WCB’s TOJ program and how it could benefit both the worker and employer. Ryan was excited about the possibilities and reached out to WCB. Once enrolled in the program, Crystal Glass received a wage subsidy to cover Nigel’s training—one of the benefits for TOJ employers who train someone with little or no experience in a new industry.

“You don’t teach someone a completely new industry overnight, but Nigel came in with a positive mindset and showed he could be a great fit,” says Ryan. 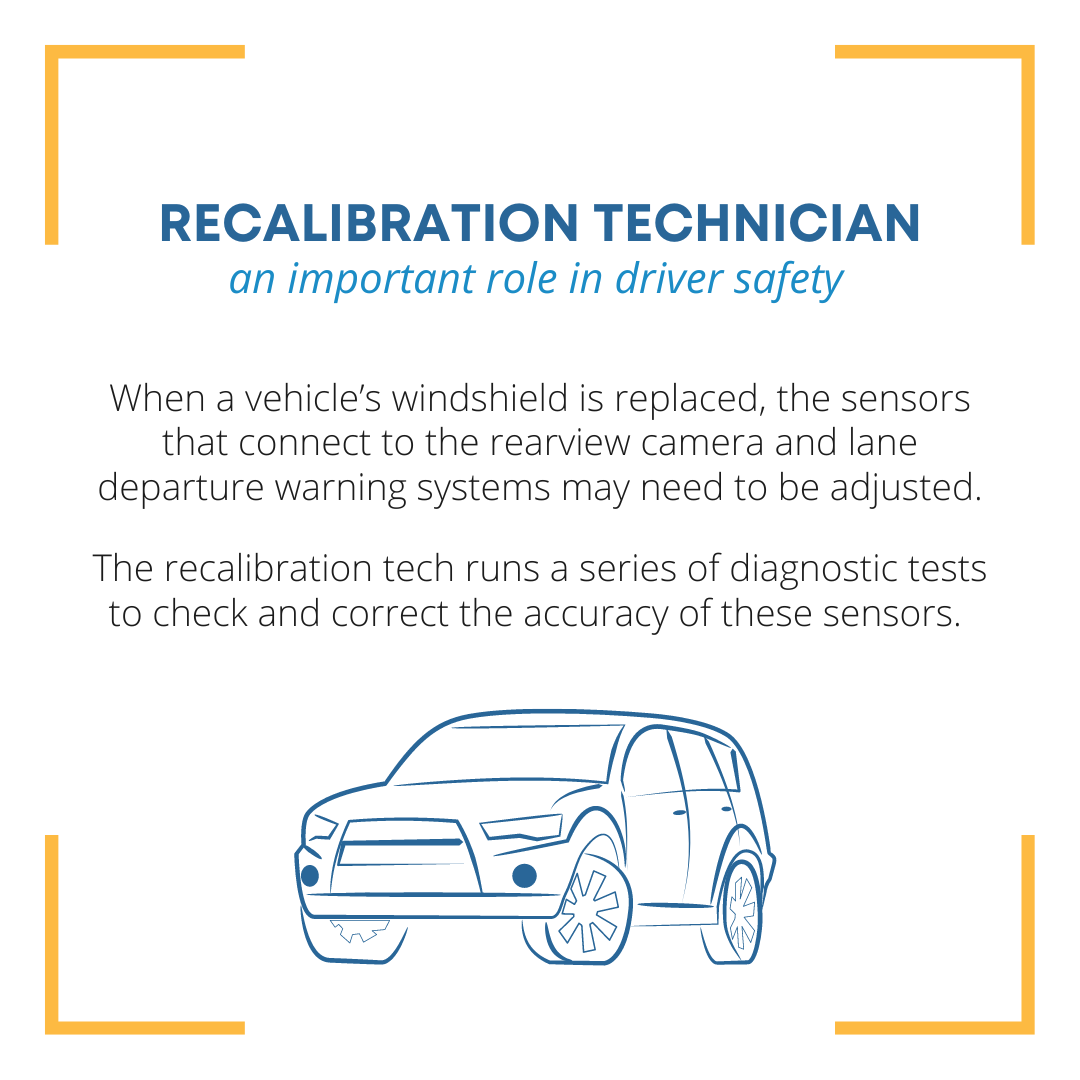 As part of a six-month training-on-the-job placement, Nigel learned the ins and outs of windshield repair and replacement and attended a training seminar to learn how to operate the recalibration software.

“The training-on-the-job program allowed me to spend all the time needed to train Nigel properly, and I can see him being an employee for Crystal Glass for a very long time,” says Ryan. “It’s been a very helpful resource and a huge success for us. It’s something I highly recommend to all employers.”

A year and a half after starting his new job, Nigel oversees the recalibration department at the shop.

“The fact that the company wanted to keep me after knowing my full restrictions is incredible. They value my work ethic and that makes a guy feel good,” he says, adding that being part of the shop environment has helped improve his mental health. “As a plumber, you build something and then you can sit back with a feeling of accomplishment. I finally have that feeling again.”

Find other stories like Nigel's and learn how you can use the TOJ program to support a worker and be part of someone else’s success story.